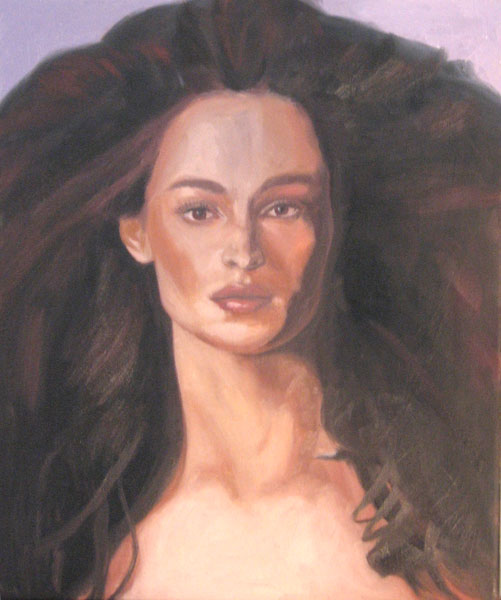 I have been able to start a number of painting in the last several days, some more exciting than others. That’s the good news! Here are some of the works: 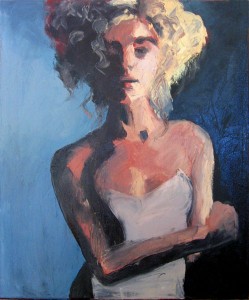 This was done completely with a palette knife Monday evening, September 1st. I believe it’s a 24″x 20″ recycled canvas. I’m debating whether to add details or not. I’ve got mixed responses from people I’ve asked! What do you think? More realistic or is it fine rough and stylized as it is? Click the images to view larger.) 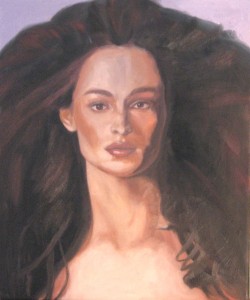 This is almost finished at one sitting! Not the greatest photo. Oil on a 16″x20″ recycled canvas. August 31st. 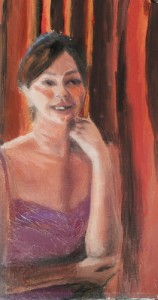 Not the best start, but I was once again in a hurry to finish so I could sleep! I mostly used a palette knife. August 29th. 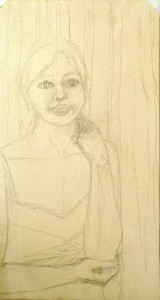 (Yikes! This may be my worst drawing yet. I’m still hopeful for the final painting. A bad drawing and under-painting doesn’t necessarily mean a bad painting in the end! This was done late at night after already painting quite a bit that day and posting! August 29th.) The bad news is that three pieces in the State of the Art 2008 Exhibit were vandalized. Pieces that the artists invested thousands of dollars into, just for the privilege of displaying their work to the public, and for only $1,500 compensation. It’s really a shame. Here’s a link the article describing the events.