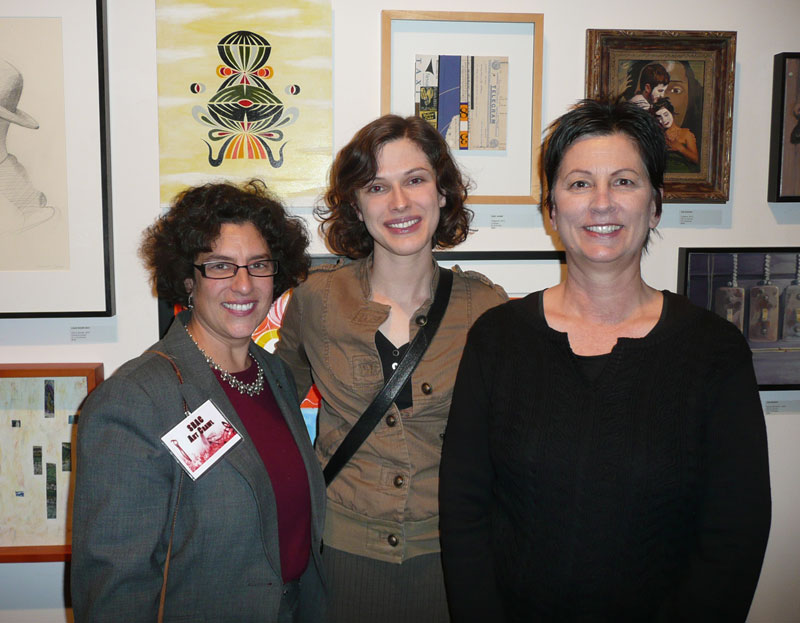 Below are some photos from the two shows I’m participating in this winter. First, the Wednesday night reception of “I Can See Your Tag,”, which was at the Betteravia Government Center in Santa Maria, CA. Second, the Thursday night reception for “100 Grand” at Sullivan Goss, An American Gallery, in Santa Barbara, CA. Both shows will remain up until the end of February. At the “I Can See Your Tag” reception with my painting, “Harlequins in Repose.” Oil and acrylic on canvas. 24″x24″ 2010. It was fun to mingle with the other artists in this unusual location. At the reception to the 100 Grand exhibit at Sullivan Goss with artists Rafael Perea, Nevin Littlehale, Matt Rodriguez, and Solana Foo. My painting is behind us, with the two harlequins. “Captive,” 10″x8″ Oil on canvas. 2010. At the 100 Grand reception at Sullivan Goss in Santa Barbara, with our Mayor Helene Schneider and Kate. I love that Ms. Schneider has a vested interest in the arts! “Captive,” my contribution to the show, is in the middle of the top row.