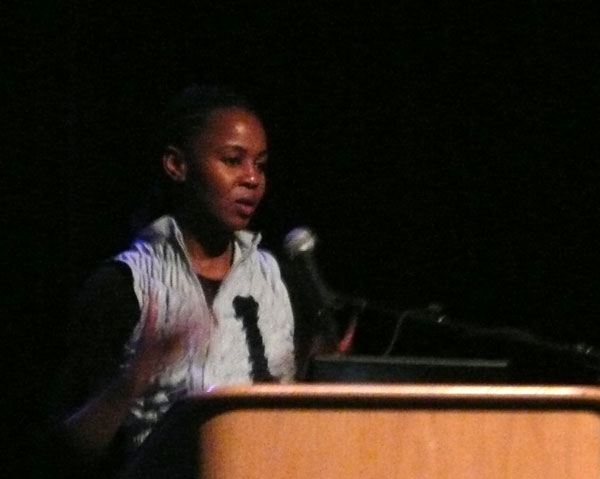 They have nothing to do with one another, by the way! Hahaha… Seriously, it’s been another late night. I went with friends to a lecture by Kenyan artist Wangechi Mutu at UCSB’s Campbell Hall at 8 pm. The first time I discovered Mutu’s work was in a magazine on the way to Japan in the summer of 2006. I then completely randomly stumbled upon a group show with her work in it at the end of my trip there at the Mori Art Museum in Roppongi Hills, Tokyo. I was fascinated. I have to say, I was a bit repulsed by many of the photos in the slide show she presented as she talked about her influences and process of making art. Fortunately, I’m more tolerant than some with being in a state of repulsion, because I think of it as an opportunity to explore just what makes me feel that way and what that state has to teach me about my surroundings and self. It seems that in order to accept the privilege of having enough to eat and feeling safe and secure, Mutu delves into the most difficult conditions and events suffered by humans, and explores them in her work. She also deconstructs in depth the historically strange and distorted projections of the Western eye on Africans, (and particularly on women), and how this formed a dialectic with African performers throughout the last half century. I thoroughly appreciated the lecture and was surprised the placed wasn’t packed. Here’s a photo of Wangechi Mutu: 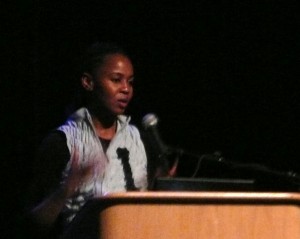 Afterward, I painted an agave. I had taken a picture of a green agave plant from my parent’s backyard, and that’s what I worked from. Here it is, (click to enlarge): 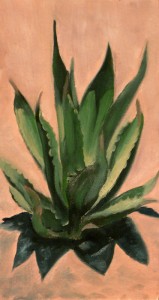 And here it is halfway through: 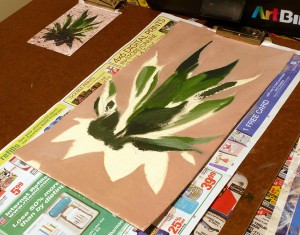