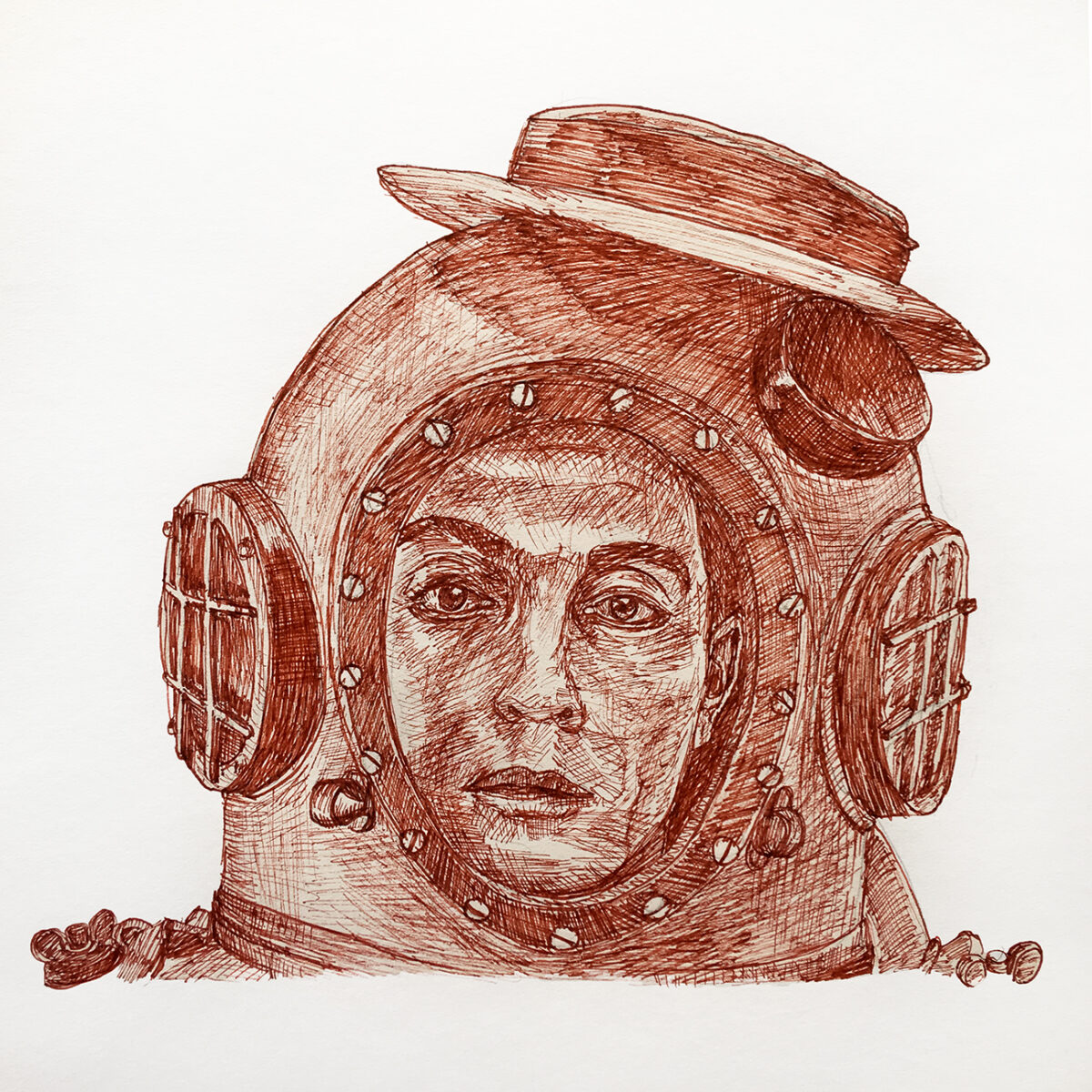 Share
Tweet
Share
Pin
Reddit
Email
I’ve recently dusted off my website and logged into my blog for the first time in four years! I found this unpublished post about 2017 and thought I’d post it though much time has past. I’ll try to post about each year that has past and catch anyone interested in what I’ve been up to these past few years of being MIA on my own website and blog. I’ve mostly existed online on Instagram and Facebook, but I’m going to bring my focus back here as well. Like in October of 2017, I’ve been enjoying new vigor in my art practice with a 100 Day Art Challenge. Even more ambitious than the 31 days of the October Challenge, I hope to get my momentum running for longer, if not indefinitely, after a long hard year for everyone. Enjoy! 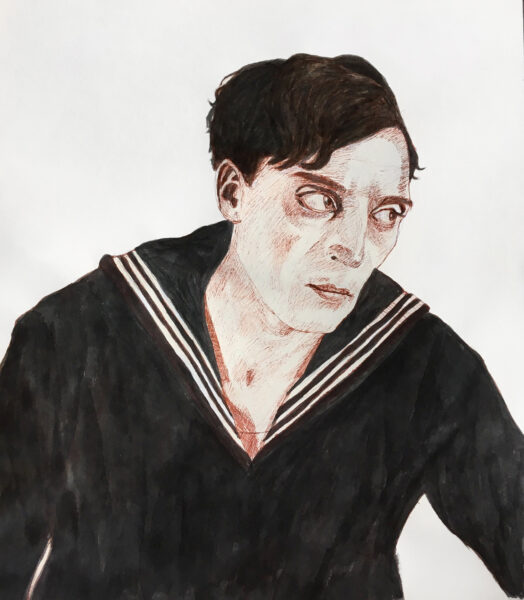 The past year was one of victories and losses. I graduated with a group of inspiring women (and a few men) from W.E.V., Women’s Economic Ventures, gaining some business acumen and entrepreneurial insights. However, right before the course began I lost a supportive mentor/family friend to cancer and later in the year a young friend to a freak accident. These lessons in mortality weighed heavily on me as I worked throughout the year. It wasn’t until the Fall when I had the head and heart space to really dive into art again, and took full advantage of my shared art studio before it went under construction. I resumed some reproductions of Dos Fridas, (by Frida Kahlo- a lifelong inspiration), and many harlequin portraits in my Artist Muse Series. I even did a portrait of Jeff Buckley for a tribute concert in roughly two days flat. In the last few months, severals walls have come down and been replaced around the studio while my studiomate and I have waited and worked to the best of our respective abilities from our homes. Unfortunately, home has a lot more distractions than the studio, which is very conducive to concentration. Even using the facilities requires a trek to another building. I think I speak for us both in saying that we miss the sparse simple space of the studio. 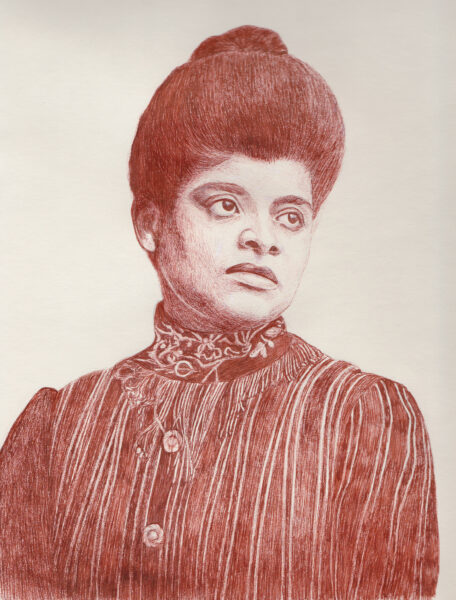 In the interim, I’ve started a drawing practice that is almost unprecedented for me. Through the impetus of a drawing challenge in October, Inktober or Drawtober, I completed nearly a drawing a day, starting with still life drawings, and moving onto complex portraits. I gained familiarity and comfort drawing with thin drafting pens and India ink with calligraphy brushes. One of the resulting images is in the 100 Grand show at Sullivan Goss in Santa Barbara until January 28, 2018. I have continued this practice of pen portraits, using my favorite Micron 01 and Gelly Roll white pen for occasional corrections. I’m now focusing on a “Heroes” theme, developing portraits of characters throughout history I feel deserve greater recognition and praise for their service. The first of these is of Alan Turing for his brilliant contribution of a machine that, using the calculations of a group of Polish mathematicians, decrypted German Enigma-encrypted codes. I have several others in mind to draw, and these can be seen usually directly after completion on my Instagram feed. 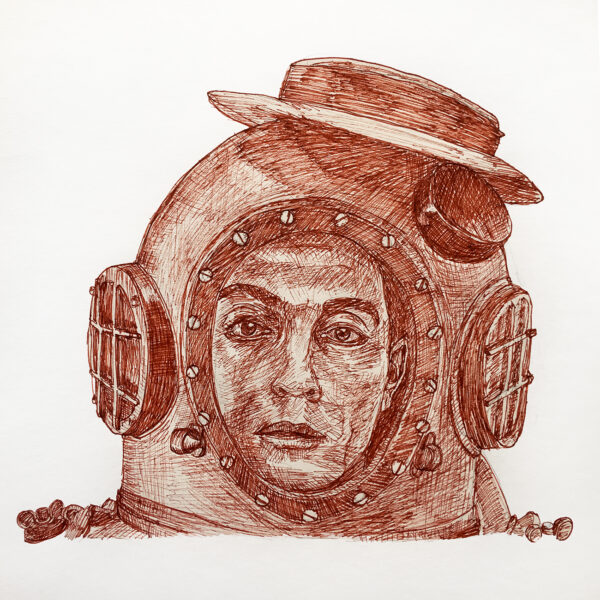 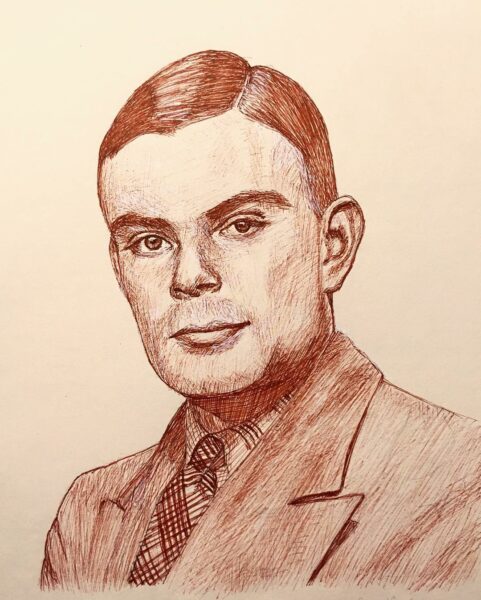 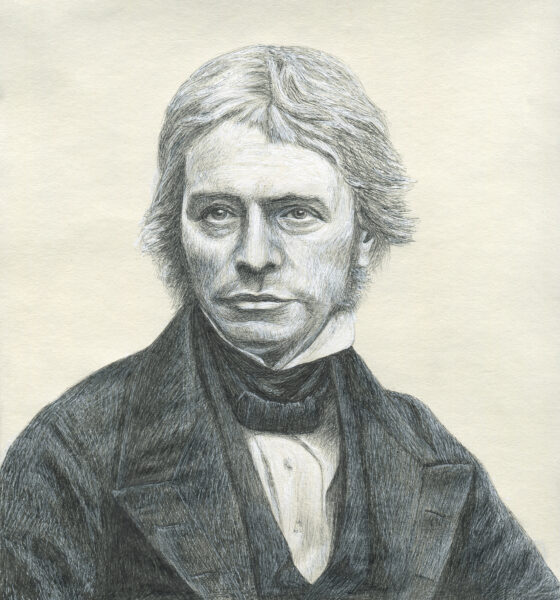