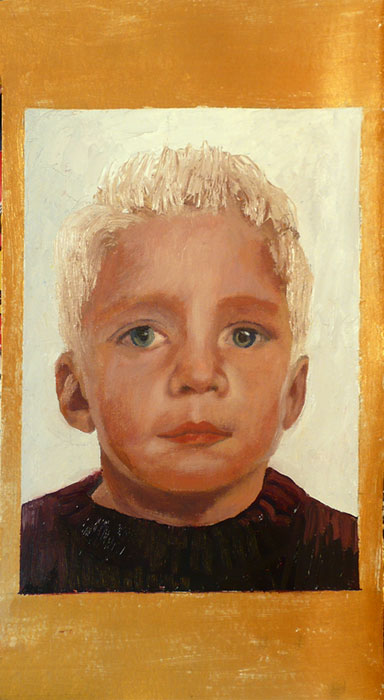 Tweet
Share
Share
Pin
Reddit
WhatsApp
I gave the painting a gold border as an allusion to my subject’s namesake, Gustav Klimt, and because the boy, like his brother, looks like a subject the Austrian artist might have painted. It could be finished as it is, but I suspect I’ll want to put a flower or two on the gold border once it all dries. After taping the gold border, I used a pallet knife to put in his hair, sweater, and the background. It was quick and I ended up loving the look of it as well as the process. And here it is: As mentioned, I went to Culver City to catch the tail end of Shawn Barber’s show at Billy Shire Fine Arts. It was fantastic to see his large realistic work up-close. There’s really only so much you can get from seeing a small image online, but here it goes: (click on photos to enlarge) 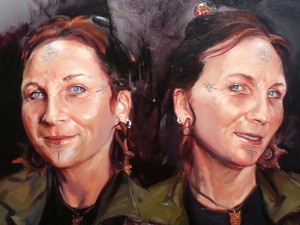 I also found a lot of work I liked at the George Billis Gallery. I liked the irony and humor of this piece in particular: 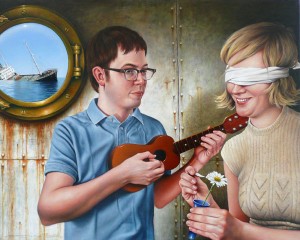 When I was there, many of the galleries were closed for the end of summer already, so I’ll have to go back and scout a bit more.